“The best source of organic nutrients, capable of reversing mineral insufficiency in soils, are Humic and Fulvic acids.”

Before we start talking about the best mineral supplement for plants, it is important to be aware of the issues that have pushed companies like Complete Hydroponics and Complete Gardening to develop nutrients that help growers to suceed in both Hydroponics and Conventional Gardening.

The first issue is called Mineral Depletion; this phenomenon is caused by a progressive loss of nutrients in the soil due to the continuous use of toxic chemicals such as pesticides, herbicides, and many others of the same nature.

The second issue is called GMO induction. Companies like Monsatos, and other powerful corporations, as a solution, have introduced genetically modified organisms that can grow fast and without the presence of essential minerals that are usually obtained from the soil. For example: GMO plants can grow in very harsh environment which is a very good thing, but its produce has a very low nutritional value for humans, which is a bad thing.

In 1992, at the Rio Earth Summit celebrated in the United Nations, it was conclude that for the past 100 years, the mineral levels in agricultural soil has dropped on average by 72% in Europe, 76% in Asia, and 85% in North America.

Mineral depletion in the soil is so bad that in 1997, just in the United States, you had to eat 23 apples to get the same amount of iron compared to an apple eaten during the 1950s. This indicates that we have a serious problem with our way to do things in the agricultural business.

If minerals go down, the overall health is compromised

It is not strange that for the last 100 years, especially during the last 30 years, diseases have been increasing dramatically while soil is depleted from minerals due to our industrial activity. The lower the amount of mineral obtained from our food supply, the worst for our overall health. 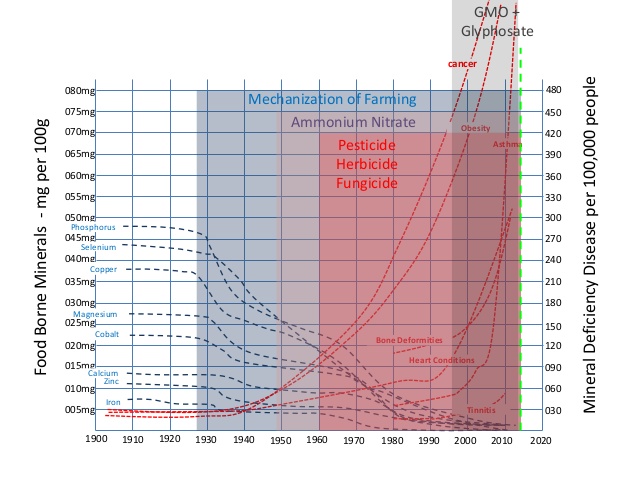 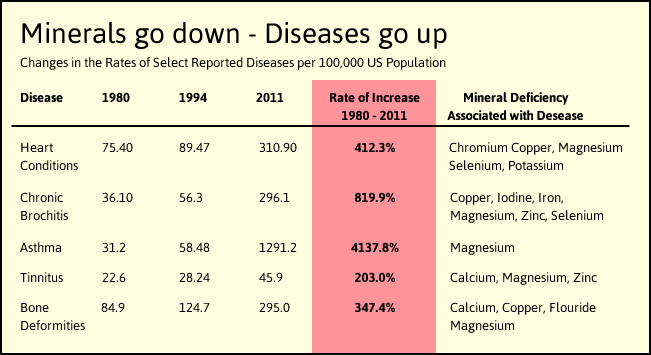 The best Organic Mineral Supplement you could ever find

The best source of nutrients that can reverse mineral depletion in soils are Humic and Fulvic acids. These substances are so powerful and so beneficial that not only support  the entire biological system of the soil, but also helps plants and any other living being that is in contact with them.

Humic Acid is a naturally occurring substance that’s obtained as the result of humification, a process that has taken place over millions of years. 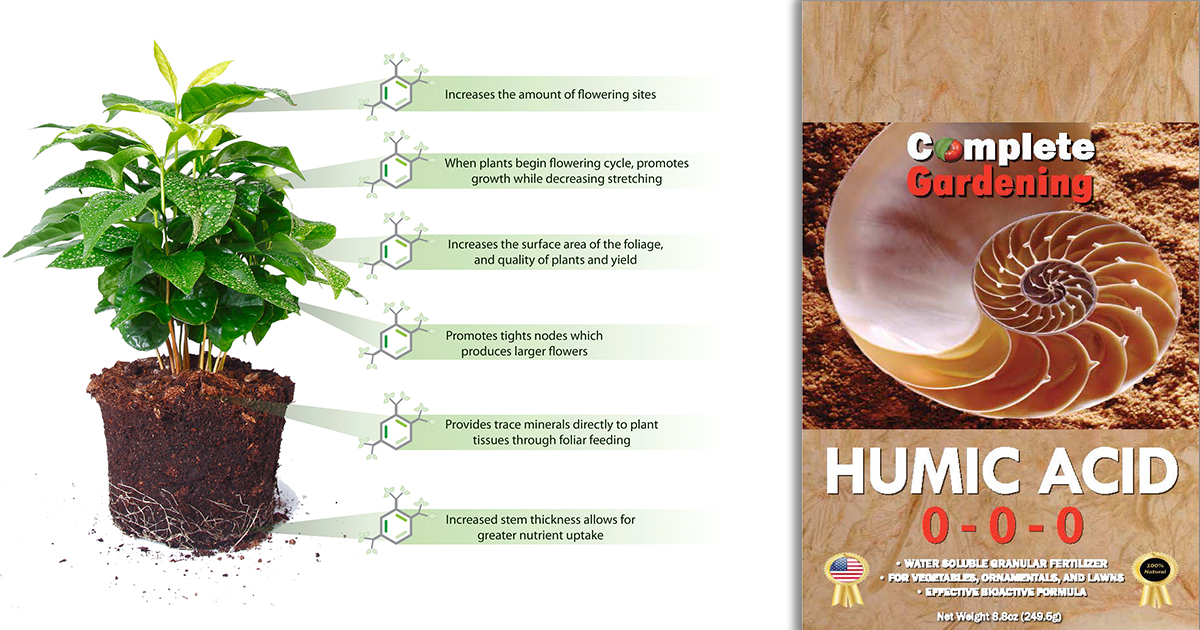 Humification requires certain unique geological conditions of pressure and temperature as well as the right combination of organic substances, which, over time, compresses this organic matter into a new and uniquely beneficial substance called Humic Acid

Why is this so important?

Humic Acid is an extremely powerful substance that has preserved organic minerals and trace elements from ancient living organic fruits and vegetables as well as ancient seaweed. It’s a unique substance that cannot be chemically reproduced, and it works rapidly in the body (Plants and Humans) to replenish nutrient levels.

Humic acids are able to improve the overall health in humans, plants, and any other living organism. Therefore, the benefit acquired by the implementation of this substance is limitless.

Fulvic Acid is another  super complex that is extracted in special regions of the world which are rich in  organic minerals at about 200-250 feet underground.

Like humic acid, fulvic acid is formed during the seaweed humification  process that takes place over time. Fulvic Acid is the first set of molecules formed when the seaweed was entombed or buried as a result of volcanic activity millions of years ago covering the sea beds and ancient, mineral rich seaweed. 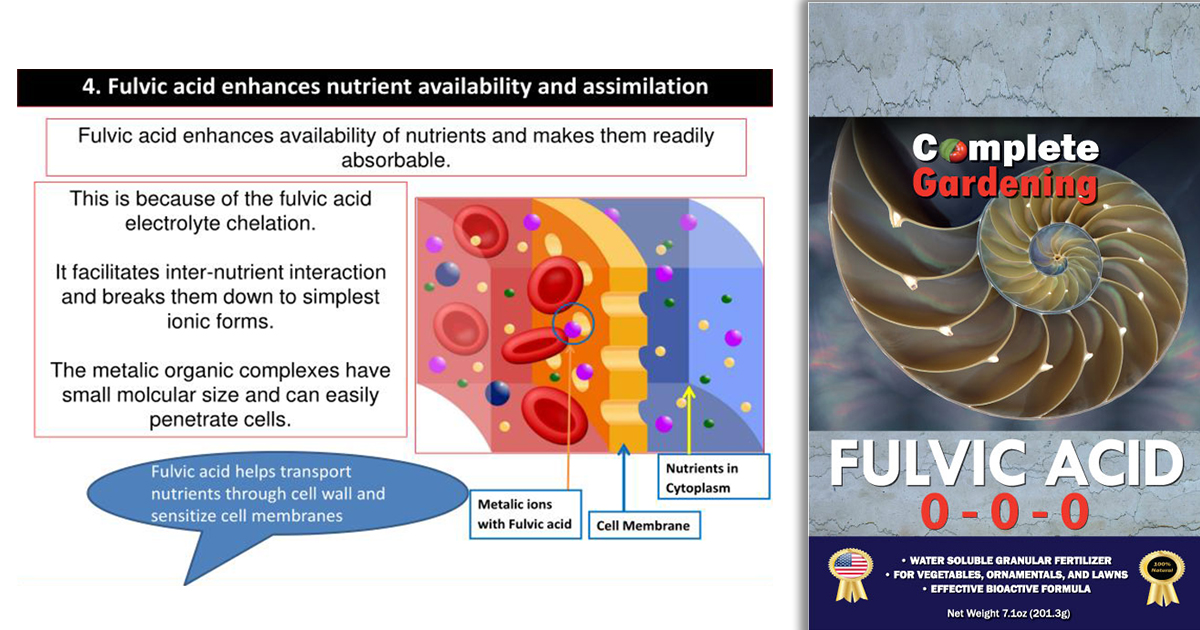 As time goes on, the seaweed and other organic components come together with Fulvic acid to form Humic acid (with the right pressure and enough time). Fulvic acids are actually the precursors for making Humic acid. Fulvic acid is a much smaller molecule than Humic acid, and it works uniquely in the human body and plants.

Why it is this so important?

On a cellular level, Fulvic acid also does most of its work inside the cell, making the cell membranes more permeable and carrying nutrients into the cells.

One of the many benefits is that cells are getting a higher volume and a more usable form of nutrients. Fulvic acid binds together with water (depending on the Fulvic Acid’s purity and concentration) and helps support the body’s natural detoxification process.

The great value of Humic and Fulvic acids

The greatest value of humic and fulvic acids are their roles as chelators. Humic and Fulvic acids have functional groups that act as claws, holding mineral ions strongly enough to keep them from reacting with each other and becoming unavailable to the plant, but weakly enough so that they can be released to the plant cells on demand. Humic acid transports the minerals to the outside of the cell membranes, and releases the minerals for uptake by the plant. The fulvic acid fraction consists of small organic molecules that easily penetrate cell membranes. The more biologically active of the two fractions, fulvic acid transports minerals through the cell membranes and releases them directly to the plant cells.

THE COMBINATION OF HUMIC ACIDS AND SEAWEED EXTRACTS WORK 50% MORE EFFECTIVELY THAN EITHER PRODUCT USED ALONE. 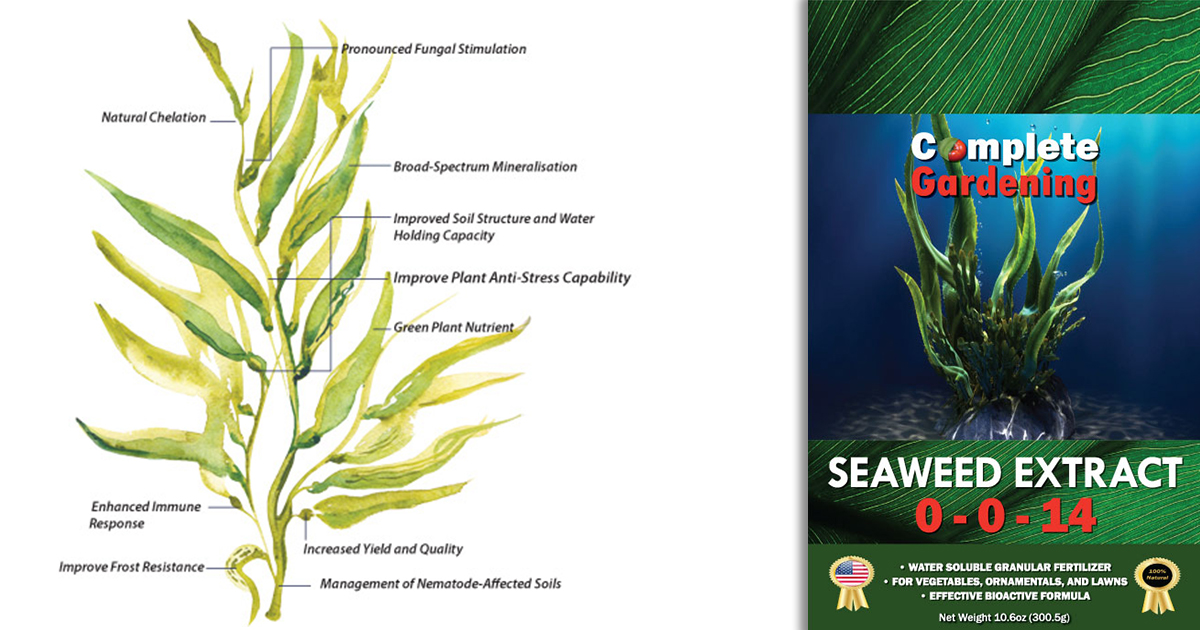 Humic acids are even more effective when used in conjunction with seaweed extracts. Such interactions have a “synergistic effect”. According to a ten-year study on bio-stimulants conducted by Virginia Tech, humic acids and seaweed extracts, when used together in a 5:2 ratio, work 50% more effectively than either product used alone. The seaweed component, rich in plant growth hormones, signals the plant to grow. The humic acid component, with its chelating effect, amplifies the signal of the hormones.