Don’t get me wrong, legalization will pave the way for more and more people to get the medicine they need. It should also (hopefully) help end a lot of the racist-based incarcerations due to marijuana usage and possession.

But aspects of legalization (especially if it’s rushed and not planned out properly) can unfortunately add another hurdle to the legitimacy of marijuana consumption.

Regardless of legalization, the black (green?) market still exists. And it probably always will. So even though (in specific areas) something is entirely legal, many people are still willing to break the law to get it. That’d be like if your neighbor was making illegal hooch in his bathtub, and instead of just walking down to the corner store and buy your booze, you risk getting arrested (and sick from traces of old bathwater) by buying it from your neighbor. It would be like working at a video store and getting free rentals, but then you install Kodi onto the work computer so you can watch pirated films instead.

So the fact that legalization won’t stop the illegal drug trade, paints marijuana in an unfortunately bad light. It makes it seem extremely sinister. If it’s forever linked to illegal activities, many people won’t give it a fair shake, even when it’s legal.

In Colorado, where marijuana is completely legal, 41% of users still get their marijuana ILLEGALLY (http://www.newsweek.com/weed-black-market-424706).

Well, despite what I said in my previous article, there IS a level of laziness involved with many marijuana users. They will gladly take the path of least resistance. Also, many long-time users are very loyal to their dealer. It’s a special relationship. And they don’t want to lose or ruin that.

Another issue is tax. Some legal dispensaries have to charge a 30% tax. That’s a hefty price increase. So many people will gladly risk the illegality of a situation to save a fair amount of money.

Even in Canada, where we are just over half a year away from total legalization, there will be tax to pay.

This article (https://www.theatlantic.com/politics/archive/2016/05/legal-pot-and-the-black-market/481506/) discusses how legalization in some areas hasn’t really changed much of anything. Which means that the overall perception of marijuana also won’t change.

Another side effect of legalization that may continue to taint the image of marijuana is that more pregnant women seem to be smoking pot (https://mobile.nytimes.com/2017/02/02/health/marijuana-and-pregnancy.html?referer=https://amp-cracked-com.cdn.ampproject.org/v/s/amp.cracked.com/article_24640_6-wtf-side-effects-legal-weed-nobodys-talking-about.html?usqp=mq331AQGCAEYACAB&amp_js_v=0.1).

Marijuana seems to help them with their morning sickness and many other physical & psychological ailments that they suffer from during pregnancy.

So the fact that it’s legal and more accepted causes them to decide it might be okay – which can then possibly lead to more people thinking marijuana ISN’T acceptable because more babies are being born THC-Positive (http://denver.cbslocal.com/2016/07/11/marijuana-pregnant-thc-positive-babies-colorado/).

There haven’t been a lot of studies regarding marijuana’s effect on a fetus because doctors are mostly hesitant to tell pregnant people to go smoke a bunch of pot.

But, some studies have shown that the use of marijuana early in pregnancy could cause miscarriages, birth defects, developmental delays, and learning disabilities (https://gumc.georgetown.edu/news/researchers-say-research-needed-on-effects-of-cannibis-on-human-development). 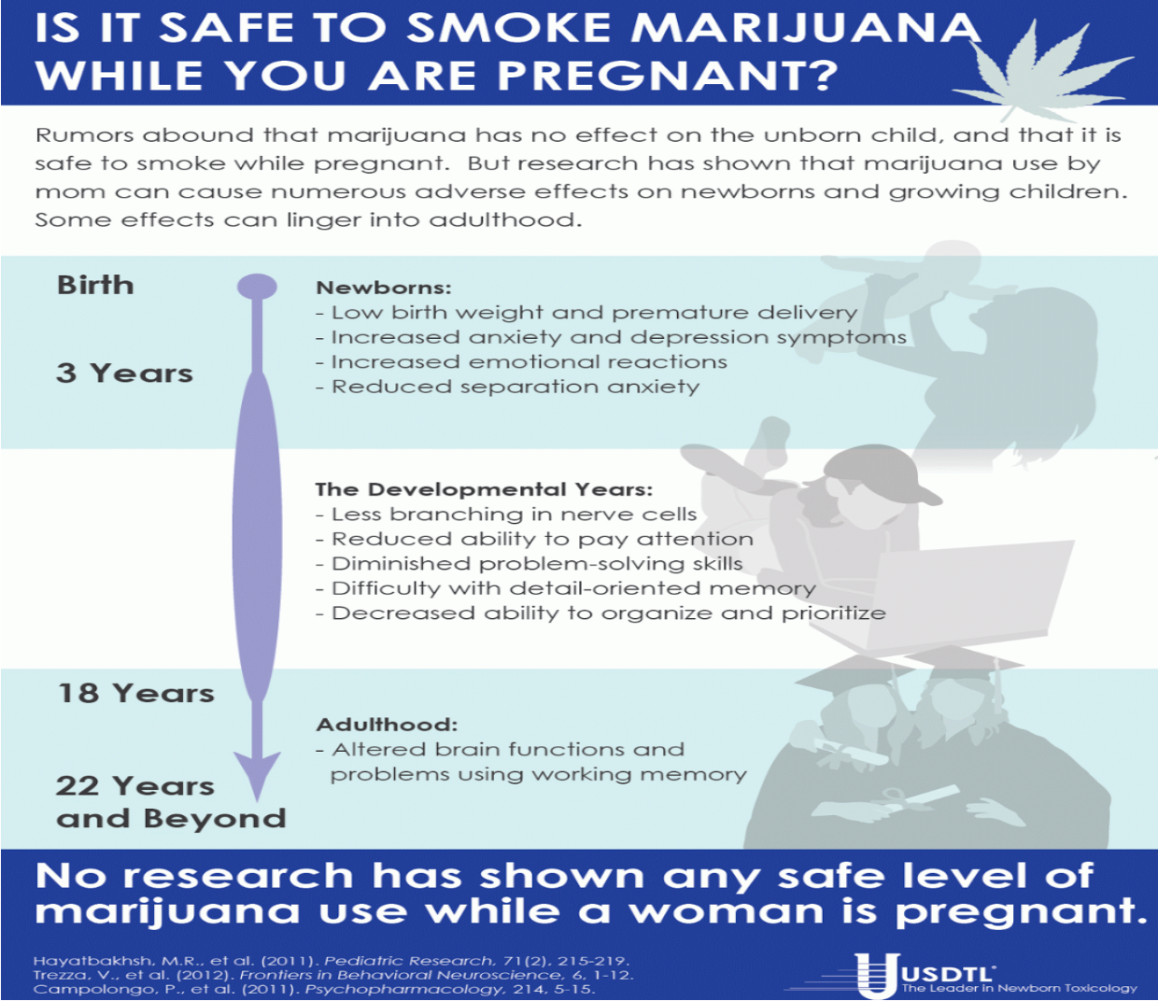 So unfortunately, if in some way, legalization leads to more pregnancy puffery, which in turn could possibly lead to complications for the fetus and/or newborn baby, then that will hang an extremely negative black cloud over pot as a whole.

This article (https://www.google.ca/amp/s/amp.cracked.com/article_24640_6-wtf-side-effects-legal-weed-nobodys-talking-about.html) discusses these items, and a few more, in quite a bit of detail.

So yes, more people need access to marijuana without having to risk a criminal record. Legalization technically helps with that. But like everything in life, education and common sense need to be a major part of the situation. And we need to learn from our mistakes. See what isn’t working and instead of judging or condemning it all, figure out how to fix it.

People need their medicine. And they shouldn’t be shamed or put at risk (or put others at risk) for acquiring it.