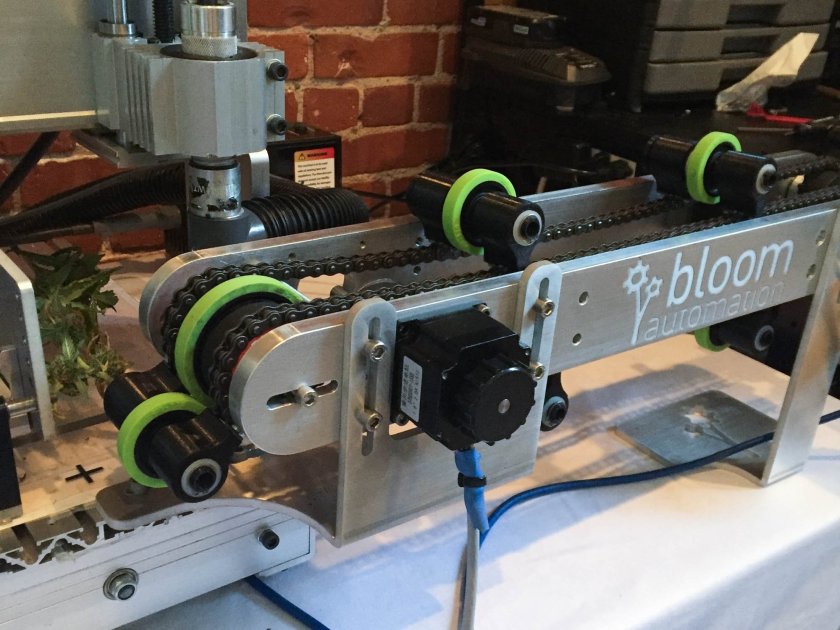 So I recently read an article in the April 2017 edition of Business Insider (http://www.businessinsider.com/bloom-automation-marijuana-trimming-robot-2017-4?IR=T) about “robots” being developed to automate/take over the pot leaf trimming aspect of marijuana farming.

The basics of “Trimming” is that it’s a shit job that nobody enjoys (like being White House Press Secretary). Considering the physical strain and long hours, the pay is kinda lousy. And the only real benefit that’s offered is the chance to see your skin turn green for a period of time. And yet, it employs tens of thousands of people every harvest season. Most of them are migrant workers because of course, apparently the only thing a lot of Americans hate more than immigrants, is hard work.

The main crux of the story is that a startup in Boston, named Bloom Automation, (https://www.bloomautomation.com/) is developing a robot that would basically do the trimming itself using cameras and computers and, I don’t know, tiny modified baby fingers or something.

No word yet if this Boston company is also developing a robot that swears at and shit-talks anyone that doesn’t like Tom Brady. But there is a chance that Tom Brady IS a robot. No word yet if he trims anything in the off season (insert your own off-colour joke here. But make sure you say it in a Boston accent).

These robots (which cost more than fuck-you thousand dollars) could eventually replace human trimmers. Which is confirmed by the CEO who says, “We’re not aiming to take anyone’s job -“…  So I don’t know. I guess, MAGA?

So is this a good thing? Well, like most of my cooking and sexual experiences, yes and no.

People losing jobs (even though a few might be repurposed as “robot babysitters) is never a good thing. Even with the trimming jobs, most of these people are still struggling to put food on their table (because their arms are too sore. Zing!). And seasonal work is stressful and rollercoastery enough as is. You can easily (in a very hard way) go months and months without seeing any sort of paycheck.

And with a President currently in office that isn’t going to take care of the less fortunate and that wants to severely send their healthcare through a trimmer, the potential of losing more (not good but at least they pay you) jobs to robots, could be disastrously tragic.

But speed and efficiency save money. Saving money keeps costs down. And keeping costs down means that those soon to be homeless migrant workers will at least be able to buy cheaper marijuana. Marijuana that will be needed to ease the anxiety of being out of work and out of home.

So really, in the end, everyone wins.