Roots are irregularly branched, underground structures that serve two main functions; to firmly anchor the plant to a fixed spot (with good access to water, nutrients, and light), and as a transport systems, allowing the plant to suck up the water and nutrients.

In general, plant root systems are either a taproot system (with primary root) or a fibrous root system (adventitious roots) with attached branch roots and finer rootlets having root hairs close to the tip. 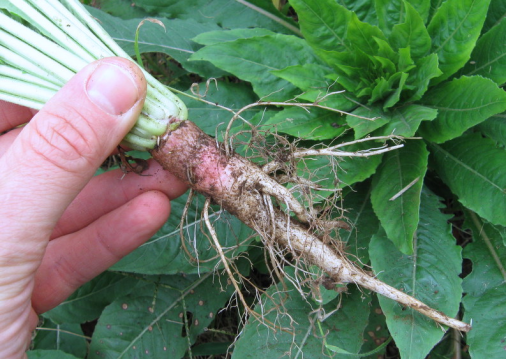 Distinguished by having one large, central, and dominant root (taproot), growing directly downward, from which smaller roots sprout laterally.  When the seed germinates, the first root to emerge is the radicle, or primary root.  In conifers and most dicotyledons, seed that has two embryonic leaves, this primary root develops into the taproot.

Taproots are sometimes modified for use in storage (mainly carbohydrates) like those found in sugar beet or carrot.  Taproots are also an important adaptation for searching for water.

There are many different shapes a taproot can take on, the main ones being: 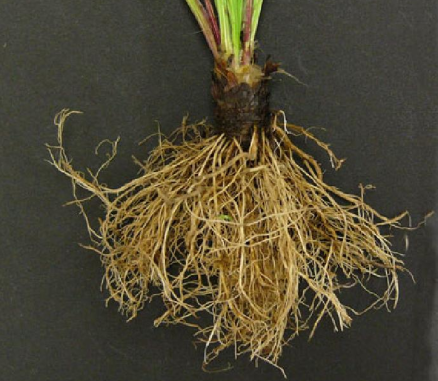 Distinguished by having many similarly sized roots.  In this case the radicle from a germinating seed is not the main root.

There are many types of fibrous roots, the main ones being:

The quantity and dispersal of plant roots has a major impact on the absorption of water and nutrients. The depth and spread of the roots depends on the inherited characteristics of the plant and the texture and structure of the growing media. Roots will penetrate much deeper in a loose, well-drained media than in a heavy, poorly-drained media. 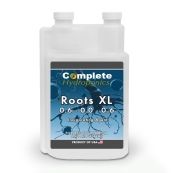 Roots have specialized parts that develop from the three major types of plant tissue: ground, dermal, and vascular.

There are three types of ground tissue. They are parenchyma, collenchyma and sclerenchyma. They includes all the tissues of the plant body except epidermal and vascular tissues. This ground tissue is used for photosynthesis, food storage, regeneration, support, and protection.

Vascular tissue includes the xylem and the phloem (along with some collenchyma and parenchyma cells). The xylem is the main tissue for carrying water and minerals throughout the plant body. The phloem transports sugars, food, and other solutions to the different parts of the plant.

Parts of a Root

Internally, there are three major parts of a root. The meristem is at the tip and produces new cells. It is an area of cell division and growth. Behind it is the region of elongation, in which cells grow in size through food and water intake. These cells by expanding in size, push the root through the soil. The third major root part is the maturation zone, in which cells undergo changes in order to become specific tissues such as epidermis, cortex, or vascular tissue.

Root pressure is how water travels from the soil through the roots of a plant and up its stem. The xylem conducts the water, while the pressure is produced by a combination of osmosis, which forces water from the soil into the cells of the root, and an active pumping mechanism that creates a concentration gradient of salt ions in the xylem. Excessive root pressure may cause ‘bleeding’ of sap from a wound in the plant or the collection of drops of water from undamaged leaf margins.