The ideal growing media for a hydroponic system must allow the supply of necessary air and water to the plant, and provide the proper support. The media must have a complimentary relationship with water to keep humidity levels favorable. Having particles big enough to let the air flow, allowing the oxygen to dissolve in the nutrient solution is also important.

The growing media also needs the be chemically inert, assuring that the pH of neither the nutrient solution nor the plant are being adjusted. The media should also have no reaction to any plant byproduct.

The media must also be biologically inert, not containing any microscopic or macroscopic organism that might change the solution (like algae) or damage the plant.

When looking into what media you’d want to use for your hydroponic system, it is important to take all of the options into consideration. It is also important to look into what the best media is for the type of plant you are growing. But most importantly, make sure the availability and cost are favorable for you. Here are some options:

Rockwool: Rockwool is one of the most widely used growing media’s in hydrponics. It is a sterile, porous, non degradable medium that is composed primarily of granite and/or limestone which is super heated and melted, then spun into a small threads like cotton candy. The rockwool is then shaped into blocks, sheets, cubes, slabs, or flocking. The fibrous nature provides a good mechanical structure to hold the plant stable. Rockwool absorbs water easily so you’ll want to be careful not to let it saturate, or it could suffocate your plants roots, as well as lead to stem rot and root rot.

Grow Rock (Hydrocorn): Grow rock is a Lightweight Expanded Clay Aggregate; a type of clay which is super-fired to create a porous texture with neutral pH and excellent capillary action. It’s heavy enough to provide secure support for your plant’s, but still light weight. Grow rocks are a non-degradable, sterile growing medium, offers excellent aeration, and also wicks up nutrient solution to the root systems of your plants. Hydrocorn can be cleaned, sterilized, then reused again. Grow rock is one of the most popular growing medium used for hydroponics, and just about every store selling hydroponics supplies carries it.

Coco Coir: Coco Coir is a term used to denote a blend of Coconut peat/pith, coconut fiber and chips. All derived from the husk surrounding coconuts. Although coco coir is an organic plant material, it breaks down and decomposes very slowly, so it won’t provide any nutrients to the plants growing in it, making it perfect for hydroponics. Coco coir is also pH neutral, holds moisture very well, yet still allows good aeration for the roots. Coco coir comes in two forms, coco fiber, and coco chips. Their both made of coconut husks, the only difference is the particle size. The coco fiber particle size is about the same as potting soil, while the coco chips particle size is more like small wood chips. When not in use, Coco coir is easily aerated or re-hydrated as needed, in this respect it is highly versatile. However it does break down after several uses.

Perlite: Perlite is mainly composed of minerals that are subjected to very high heat, which then expand it like popcorn so it becomes very light weight, porous and absorbent. Perlite has a neutral pH and will not affect the alkalinity or acidity of your solution, it is inexpensive and reusable, excellent wicking action, and is very porous. Perlite can by used by itself, or mixed with other types of growing media’s. However its buoyancy causes it to float – hence it does not perform the task of anchoring the plants very well, depending on how you designed your hydroponic system, perlite by itself may not be the best choice of growing media for flood and drain systems. It also produces dust that is not only unhealthy for humans, but is also a nuisance in the solution as it contributes to sludge and clogging. It must be thoroughly washed before using.

Vermiculite: Vermiculite retains an astonishing amount of water, 200% – 300% by weight. However 200 – 300% water retention is way too much. The roots of most plants will suffocate. A 50-50 blend of perlite and vermiculite works well for most hydroponic systems. You can balance your growing medium so that it retains water and nutrients well but still supplies the roots with plenty of oxygen. This material also has a high cationic exchange capacity which may cause alteration of cation concentrations in the nutrient solution. This could be positive or negative, depending on the hydroponic formulation and on the plant.

River rock: River rock is fairly cheap and comes in a verity of sizes with rounded, smooth edges.  Regular rocks from your back yard in hydroponic systems can be used as well if you don’t mind the jagged edges, just make sure to clean and sanitize them before use. Though using rock as a growing media is inexpensive and easy, they are heavy and difficult to move around. River rocks are not porous, so they don’t hold and retain moisture in the root zone of hydroponic systems. Rock is uneven, however, so it has a lot of air pockets between the rocks so the roots do get plenty of oxygen. Rock won’t wick up moisture either, so you will need an adjusted watering schedule so the roots don’t dry out between watering’s. You can mix in some other growing media that holds moisture with your rock to aid it in holding onto moisture longer. Because of the good drainage property’s of rock, it’s useful in the aid of drainage of other hydroponic growing media’s that might otherwise become saturated from sitting in water. A layer of rock at the bottom of the growing container will keep your growing media from sitting in water at the bottom of the container, keeping it from being saturated. It’s also ideal for NTF systems because it doesn’t block pipes. 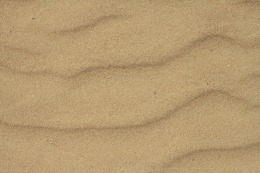 Sand: Sand is actually a very commonly used in hydroponics. It’s the main growing media used at the Epcot Center Hydroponic Greenhouse in Florida. Sand is like rock, just smaller in size. Because the particle size is smaller than regular rock, moisture doesn’t drain out as fast. Sand is also commonly mixed with Vermiculite, Perlite, and or coco coir to help retain moisture as well as help aerate the mix for the roots. When using sand as a growing media you will want to use the largest grain size you can get to increase aeration to the roots by increasing the size of the air pockets between the grains of sand. One big downside to using sand as a growing media for hydroponics is that it is very heavy; 3-4 gallons of wet sand can weigh up to 50lbs.

Oasis cube: Oasis Cubes offer a good starting environment for seedlings and plant cuttings. Lightweight pre-formed cubes designed for plant propagation. They have a neutral pH and retain water well. They are easily transplanted into any kind of hydroponic system or conventional garden. Oasis Cubes are similar to Rockwool cubes, and have similar property’s. But oasis cubes are more like the rigid green or white floral foam used by forests to hold the stems in their flower displays. Oasis cubes are an open cell material which means that the cells can absorb water and air. The open cells wick moisture throughout the material, and the roots can easily grow and expand through the open cell structure. While oasis cubes are usually used as starter cubes for hydroponically grown plants, they also have bags you can fill your growing containers with. While oasis cubes are similar to rockwool, Oasis cubes don’t become waterlogged as easily as rockwool cubes. Even so don’t let it stay in constant contact with the water supply, or you’ll still have water logging issues.